“Trois Rangs” was recorded by Mark Bingham at Nina Hwy studios, and co-produced by Korey Richey (LCD Sound System, Arcade Fire) and Louis. Coupled with a dub mix, “Trois Rangs” is being released as a 45RPM vinyl 7”, digital download and will be available for streaming on all major platforms on April 10.

Written and sung by Ashlee in Louisiana French, the song features Louis on fiddle and guitar, Corey on accordions and drums, and a guest appearance on bass by Richey. The track melds Creole, Zydeco, and Cajun musical traditions together with contemporary pop influences to create a determinedly modernist sound. The B-side, “Trois Rangs Dub” is a ground-breaking blend of Zydeco and Dub genres that is both danceable and meditative.

Limited Edition 7" vinyl will be hand signed and numbered, even hand labeled (picture below is the art, but the labeling was photoshopped, actual product will be be hand labeled and numbered by Ashlee or Louis with a permanent marker). 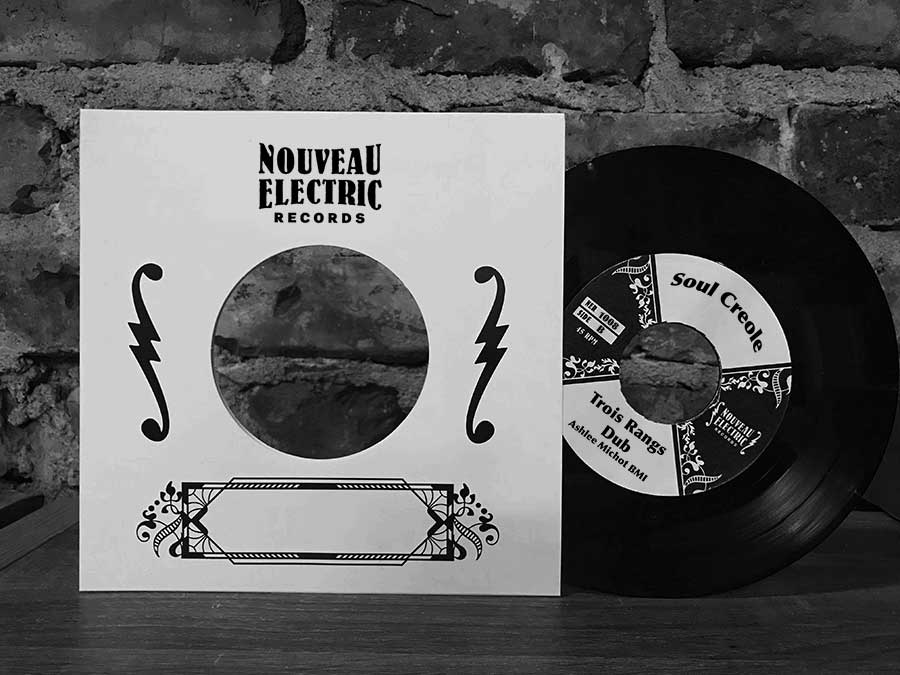