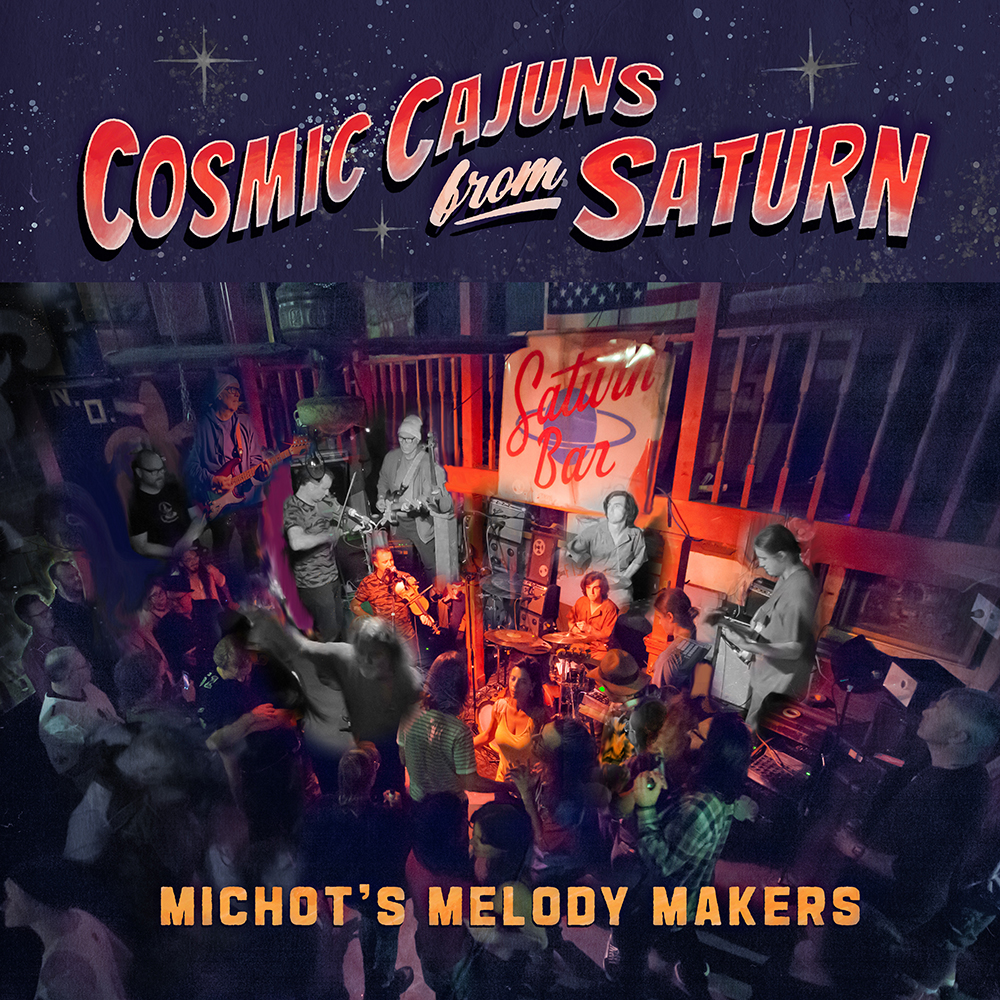 Michot’s Melody Makers’ sophomore release, Cosmic Cajuns from Saturn is set for release on Nouveau Electric Records on July 17, 2020 on CD, cassette, download and streaming services. The album was recorded live on Dec 9, 2019 at Saturn Bar in New Orleans’ 9th Ward engineered by Chris Bloch and produced by the band’s guitar player, Mark Bingham (Allen Ginsberg, Glen Branca, Ed Sanders). Bingham is no stranger to “cosmic” music, having co-produced Sun-Ra’s version of “Pink Elephants on Parade” with Hal Wilner, and played in the Cosmic Krewe in the early 1990s; Mark also mixed and mastered the release.

Cosmic Cajuns from Saturn comprises eight numbers, none of which appear on the band’s debut studio release, Blood Moon. These performances capture their unique, atmospheric, avant-garde reconstruction of age-old Creole and French songs at its most visionary and puissant. The Melody Makers reinvigorate these historic compositions, introducing sublime new melodies, while evoking the raw, exhilarating feel of the music Cajuns made when they first got their hands on electric guitars and drums. Also included on the album is improvised original the group titled “Blood Moon” in honor of their debut album. The song rhapsodizes over Avoyelles, Louisiana’s Red River and Bayou Noire, fish swimming on land, deer swimming in the sea… all under the light of a red moon that appears to be bleeding onto the earth.