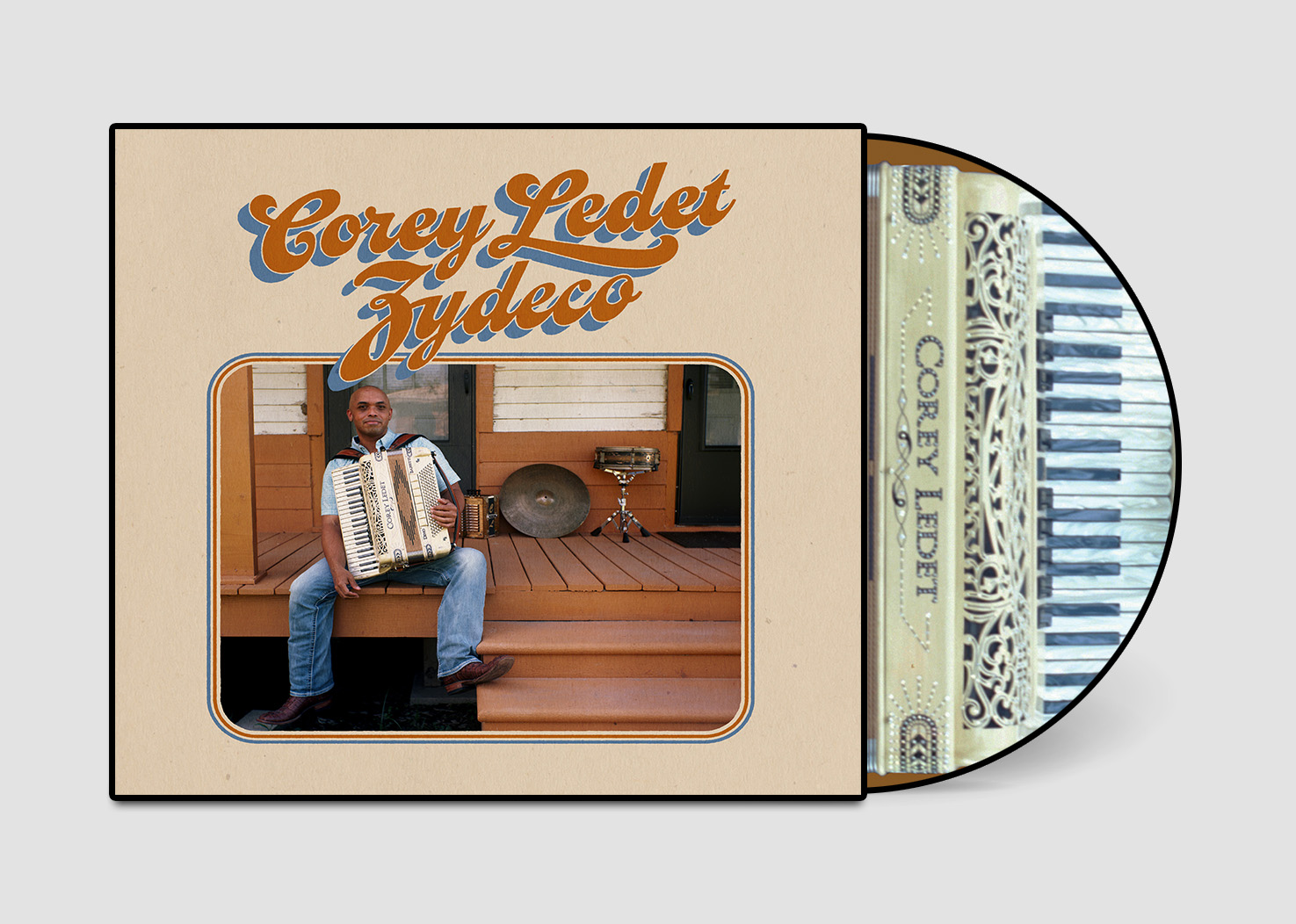 Working towards promoting the cultural heritage of his family’s hometown of Parks, Louisiana, he studied and incorporated Kouri-Vini, a regional dialect spoken by family members into songs on this album.

Corey Ledet Zydeco was produced by Ledet and Louis Michot, recorded at Dockside Studios, Maurice, Louisiana, June 2019 with Justin Tocket engineering and mixing. It was mastered by Mark Bingham at Nina Hwy Studio, nearby in Henderson. Corey is featured on lead, harmony and background vocals, accordion, drums and washboard. He was joined in the studio by Cecil Green on Hammond B3 organ, bassist Lee Allen Zeno, harmonica player Grant Dermody, Julian Primeaux on rhythm and lead guitar and backing vocals, and Gerard Delafose on drums and washboard.